In an important development that is sure to have implications for the ongoing tussle between the Security and Exchange Commission (SEC) and Ripple, a tweet by Whale Alert revealed that a huge transaction worth $170 million has materialized between the Binance cryptocurrency exchange and Ripple.

It has further revealed that 40,000,000 coins of XRP cryptocurrency have been transferred to RL18-VN wallets, wallets that are often used to make outside transactions involving the XRP cryptocurrency. At a current exchange rate of XRP, which is equal to $0.8, the total worth of this transaction is roundabout $33,057,964.

It is important to note that Binance has been involved as both sender and receiver in four cryptocurrency transactions that involved a total of 122 million XRP. These transactions have been conducted between the internal wallets of Binance and anonymous addresses related to the cryptocurrency exchanges and wallets.

Even amidst this speculation, the platform that provides analytical data of the XRP cryptocurrency, Bithomp clarified that the unknown wallets involved in the transactions belong to the Huobi and Binance cryptocurrency exchanges. According to the platform, 45 million XRP has been transferred by Houbi to Binance, and Binance then made a transaction of 118 million XRP between the internal addresses of the exchange.

In terms of the total market capitalization, XRP is at number eight in the list of cryptocurrencies. It has registered a negative growth of 11.7% on a day even as the dominance of the Ripple platform in cross-border transactions continues to remain intact and even grow, thanks to its fast and cost-effective solution to customers.

It’ll be interesting to witness implications this particular news will have on the ongoing dispute between the regulatory authority of the US, i.e., SEC and Ripple. This might spill over in terms of damaging the reputation of involved cryptocurrency and exchanges. Importantly, it might also impact the faith of the users and investors in the cryptocurrency domain, and hence, it’s imperative that all concerned stakeholders involved in this transaction must issue clarification related to the nature of the transaction so that any unwarranted skepticism can be alleviated in time. It could also possibly impact the XRP prediction and cause its prices to become more turbulent in the coming weeks.

This is the most recent story. 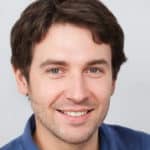 Frank Webber is a graduate in computer science but he is passionate about the world of crypto. He's worked as a news editor in our team, he researches the latest trends on crypto, blockchain and ripple news. You can contact him by email: frank@ripplenews.news. 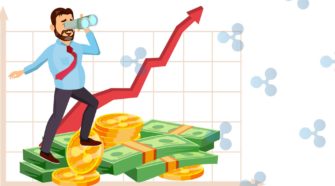