Ripple price movement has been quite disturbing from the past couple of days. The traders were eagerly waiting for an early upsurge but look like they have to wait for some time. XRP coin was seen touching 52-week low during the price crash. The same might become the cause for the fall to remain intact in the coin.

Ripple is considered as a high potential coin. Over the past few months, the coin is struggling to keep the uptrend intact, but the market pressure is bringing it down. However, there is a possibility for the coin to improve in the future. The currency might be seen giving flourishing results to the traders.

Ripple is sliding towards the immediate resistance level at $0.225. The intraday traders might be booking profit. The traders interested in the coin are suggested to opt for long-term investment. The specified period would give the desired result to the investors.

Next Ripple Price Trades Moderately Around the Week 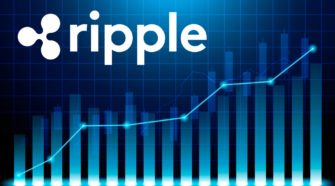